It was 2015 and I had just came back to Finland from my half a year exchange studies in Bali, Indonesia.

I had broken up with my girlfriend at the time during my exchange studies so I was single.

Bali was a good place to get over my break up to say the least.

I had already found my own way of playing the dating game which many of my friends thought to be, how to say, quite special.

The way I was playing Tinder was that I never put too much thought into swiping. I would simply swipe right until there were no more potential matches around.

From what ever matches I would get, I would then have a more detailed look into what was now available.

My friends thought that my way of doing it was wrong and that I should be more selective on who I was swiping right.

Staying mysterious and not giving too much information

When I was playing Tinder, I had a few photos without a shirt taken from Bali and some gym photos.

Quite sexist to be honest and not really reflecting my personality or things like that.

Honestly, I wasn’t looking for anything serious and was mostly just looking for some hook ups when I was using Tinder.

I wasn’t very selective and gladly tried different jokes and lines when getting a new match to see what works and what doesn’t.

There was never a match that I would consider a must have or anything like that.

I never really understood why some people were so serious about it and were very selective on who they might even start chatting with.

I was always looking for the actual face to face meet-ups to see what might or might not happen.

Going through the weeds

So my style of using Tinder wasn’t very, hmm kind.

I was always quite straight forward and didn’t want to waste too much time chatting and all that.

Most of the time if I had matched with someone who was somewhat attractive and didn’t seem like a crazy person, at least not in a bad or creepy way, then I would try to get a face to face date.

This would either be at a bar with some friends or just casual coffee or stuff like that.

I just thought it was much more exciting and interesting to meet people rather than waste time chatting on a phone.

There were many terrible dates, many awful dates, many decent dates and many awesome dates.

Then there was ‘the date’.

Just a casual hook up

I had matched with my wife for a while back and we had switched a few lines in Tinder chat.

Things had cooled off between us for quite a long time until I sent her a message again.

I think I had ran out of new matches to chat with so I was going through some old ones.

Anyway, we continued our chat and we both were in quite playful mood.

Changing a few dirty messages back and forth.

We decided to meet up at my wife’s student apartment one Sunday eve.

Coffee was out of discussion.

I had a terrible hangover from yesterday’s partying and almost cancelled, but I thought that this Tinder date could potentially cure my hangover at best so I found the energy to show up.

We found a common language quite quickly and the date lasted until the next day.

We didn’t watch movies either.

The game was about to change

As things were cooling off the next day and it was time to split ways it was in both of our interest that we could potentially meet again sometime.

We were both playing the same game, and I actually drove my wife off to another Tinder date after our’s ended.

She was on another level then I was - I thought.

I can’t remember exactly how long it took before we met again, maybe a week, but the same plot repeated again.

No coffee, no movies, just a student apartment and a lousy bed.

This continued for a few times and I had already deleted my Tinder after our second or third hook up.

I was quite happy with making my dating a bit more simple and I really enjoyed my wife’s company.

It was probably our third date when my wife asked me again to drop her off to another date after our’s was ending.

She did ask how I felt about dropping her to the next date and I said something along the lines of:

It is totally fine since I am playing the same game and you are not exactly mine yet. But I am not seeing anyone else at the moment.

From this point on, we both stopped seeing others and quit playing the game of Tinder.

We were now dedicated to each other and have stayed that way ever since. 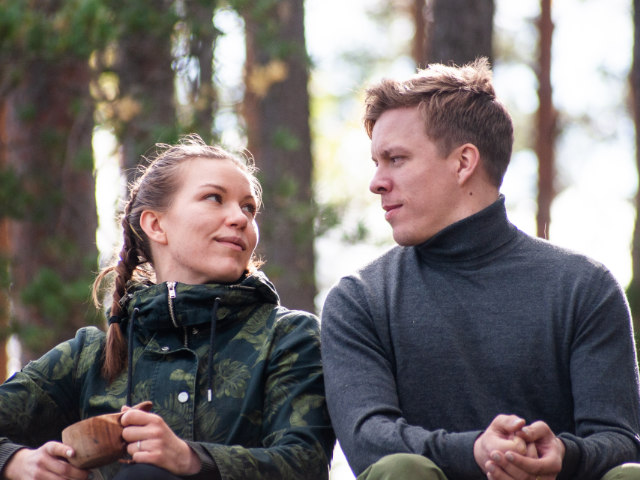 After two or three dates, me and my wife decided not to see other people any more and we both stopped playing Tinder.

Looking back on how things turned out

As of writing this article, me and my wife are happily married, we just bought our first home and have our first dog.

We’ve known each other for almost seven years now.

At the beginning, most of our friends and family weren’t really taking us very serious as it was still quite weird to be seeing someone who you had met from a dating app.

We enjoyed our company and became really close.

We have found a lot of common interests in sports, food, home, anime, outdoors and many other things as well.

We have become each other’s best friends and do most of our daily activities together.

None of these things could have been possible without openness in the dating game and the willingness to see different people and not having a strict agenda.

I wasn’t satisfied with my odds of finding ‘the one’ by defining a list of things that my ‘one’ has to fulfil.

Instead I just put myself out there and let the universe do its thing and what ever happens, happens. 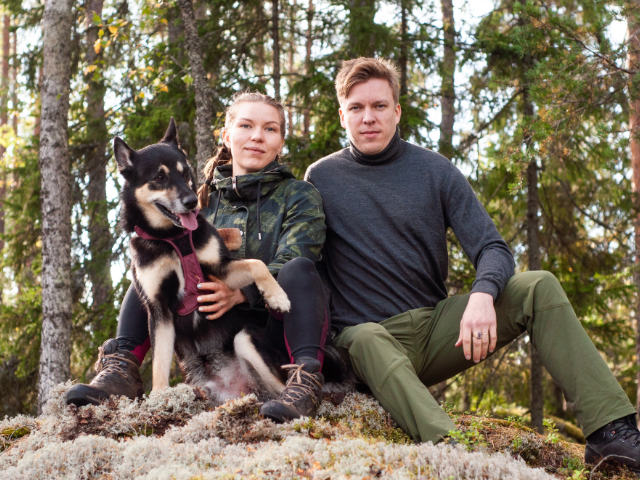 We now have our first home and our first dog together. All thanks to Tinder.